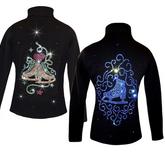 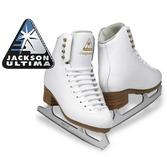 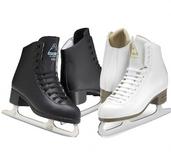 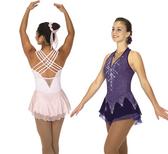 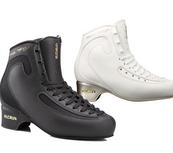 Due to shipping delays beyond our control by carriers, shipping times will vary and standard shipping rules no longer apply.​

Due to rising costs of product and shipping charges as well as increased returns/exchanges from improper measurements we have had to change our criteria for free shipping. 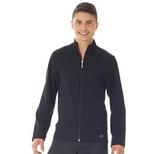 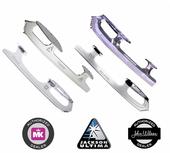 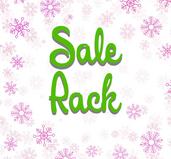 Need a custom figure skating boot?  Then Sp-Teri or Harlick would be a good choice.  Both of these skating brands have been around for decades and have made skates for World and Olympic skaters.

We also carry a great selection of figure skating accessories.  Figure skating guards, soakers, skate bags, and protective padding are necessities.  The Rockerz figure skate guards are very popular.  Guardog ice skate guards are also popular and are even scented.  Furry Soakers are a fluffy version of figure skate soakers, but you can also get skate blade covers in plain terry to help soak up the moisture after skating.  Silver Lining makes padded figure skate capris and padded skate shorts.  They protect skaters from falls while practicing jumps. Don't forget your skating bag.  A good quality ice skate bag will carry all your stuff.  Kinzie's Closet has a great selection of figure skating bags like Zuca, Transpak, and Kiss n'Cry.

We have a great selection of dancewear, dance costumes and gymnastics apparel.  Dance leotards by balera and weissmans will provide you the basics for dance class while being affordable.  Holiday dance costumes will provide sparkle and delight for your patriotic dance program or christmas program.  Holiday dance costumes can be used for holiday skating programs as well.  Red figure skating dresses are a must have during the Christmas season. Mondor makes some great gymnastics leotards. Their gymnastics leotards are durable, wash well and last a long time. 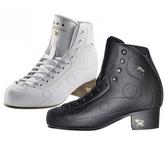 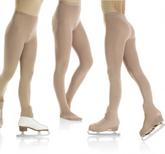 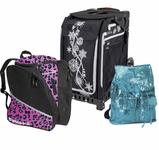 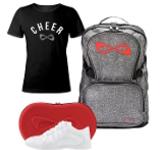 Skating Store - Jackson Ice Skates, Riedell Ice Skates, Edea Skates, Roller Skates.  Kinzie's Closet is an online retailer of roller skates, ice skates, Figure Skating Boots, ice skating blades and figure skating apparel. We have everything you need to help you excel in the sport of figure skating, roller skating & cheer.   We carry high quality ice skates & figure skates boots from brands like Edea, Graf, Jackson, Riedell, MK, Wilson, Risport & more.  We also carry competition skating dresses, ice skating accessories, cheer shoes, cheer apparel, Nfinity shoes, Nfinity backpacks, roller skates, pic-skates & more. Can't find a local shop to try on figure skate boots or skates?  Kinzie's Closet is an expert skate fitter.  We can easily fit you over the phone or via email for figure skates.   Not sure what brand of figure skates is best for you?  Check out our pages for each brand of skate.  They contain valuable information on each brand as well as information on which brand is best for your skating level.  Not sure what skate or blade would be best for your figure skating level?  Check out our Skate Comparison Guide or our Blade Comparison Guide.   New to figure skating?  Then you may want to take a look at our pages on Figure Skating Facts & Figure Skating for Beginners.  Our site provides information on skating that you just won't find anywhere else.